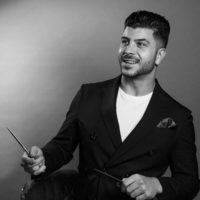 Stefan Avanzato is a London-based hair stylist and grooming consultant.
Having spear-headed some of the key salons in London for the past 15
years Stefan decided to launch his eponymous barbershop and consultancy
in 2018.

During his grooming career Stefan has been involved in numerous
projects. From styling the Dolce & Gabbana and Ada + Nik runway shows
during London Collections: Men to collaborating with charity Style for
Soldiers and travelling to Senegal as part of the Project Africa
initiative.

Stefan’s diverse clientele – from high-profile individuals to
globe-trotter businessmen and fashion heavyweights – keeps his finger on
the pulse of the ever-changing grooming industry making his work evolve
constantly.

Cheruseo is a talented and established barber with 10 years of

experience at his fingertips. As a classically trained artist and having

worked for the likes of Dolce & Gabbana, Francesco is a natural fit at

traditional barbershop in Sorrento, Italy. Willing to start from the

bottom and make his way to the top, Francesco would spend his afternoons

at the salon helping the professionals, fascinated by the techniques

used. Fuelled with a new found passion, Francesco enrolled himself at

the National Academy of Italian Hairstylists, a private academy for the

best. Upon graduating, he took a full time position at one of best

barbershops in the city of Campania, while also continuously honing his

“Shorem Barber´s Workshop” whilst also nuturing a competitive streak by

his move to London, Francesco has learnt from the very best in the men´s

grooming field, where he made a solid start at Murdocks, where he was

promoted. Impressed with his work, Dolce & Gabbana offered him a

position in their salon where he flourished. Having seen his talent,